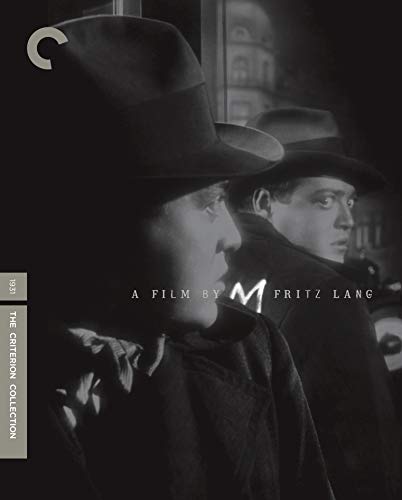 A simple, haunting musical phrase whistled offscreen tells us that a young girl will be killed. “Who Is the Murderer?” pleads a nearby placard as serial killer Hans Beckert (Peter Lorre) closes in on little Elsie Beckmann… In his harrowing masterwork M, Fritz Lang merges trenchant social commentary with chilling suspense, creating a panorama of private madness and public hysteria that to this day remains the blueprint for the psychological thriller.

Read the full summary here, and listen to our film review!