Oscar-winner Jason Robards and Paul Le Mat star in this hilariously touching, and possibly true, story about a poor down-and-out loser who may have once met the world’s richest man. What begins as an ordinary night for Melvin ends as the most fortunate moment of his unlucky life when he picks up an eccentric hitchhiker. Melvin scoffs when the man says he’s reclusive billionaire Howard Hughes. But his scorn turns to joy when he receives a letter naming him heir to Hughes’ fortune! The hard part is convincing his long-suffering wife, Lynda (Mary Steenburgen), his friends and the estate lawyers in this touching, slice-of-life satire. 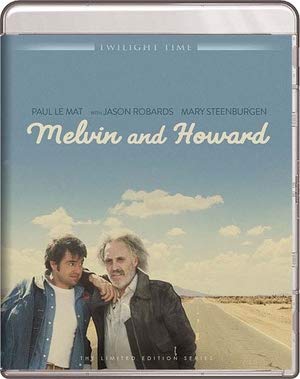