Brace yourself for a welcome blast of “droll, splendidly twisty and offbeat” filmmaking (according to The Village Voice critic). What would you do if you knew you only had an hour to live? This intense, “eerily euphoric” (The New York Times) romantic thriller stars Anthony Edwards of “E.R.” fame and Mare Winningham (from the movie “Georgia”) in a frighteningly plausible story that “yanks you by the lapels and draws you onto a high-velocity roller coaster” (according to the Houston Post). After 30 years of searching, Harry (Anthony Edwards) has finally met the girl of his dreams. Unfortunately, before they even have a chance to go on their first date, Harry intercepts some chilling news: World War 3 has begun and nuclear missiles will destroy Los Angeles in less than an hour! Not sure if this is a prank or an omen, Harry races through LA, fighting angry mobs of terrified people in a desperate search for Julie (Mare Winningham), the one person with whom he wants to spend the last moment of his life. 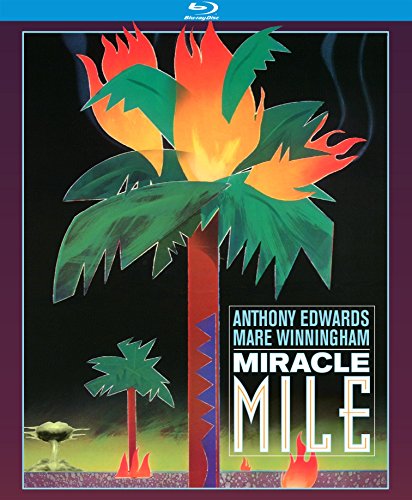