In Mission: Impossible III, Ethan Hunt is semi-retired and enjoying the quiet life until one of his former students is captured. Recalled to active duty, Ethan goes on a mission to find the mysterious Rabbit’s Foot that puts him at odds with the deadly arms dealer, Owen Davian. Ethan must get to the Rabbit’s Foot before Davian does or not only is the fate of the world at stake, but the life of the woman Ethan loves as well. 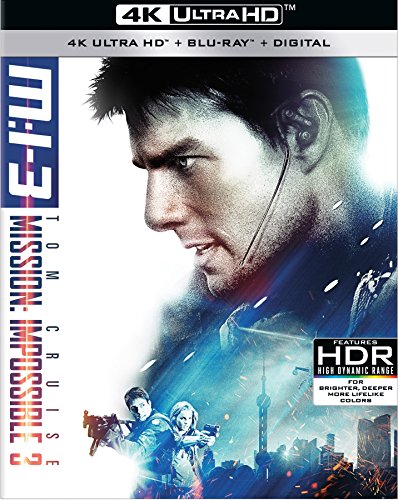 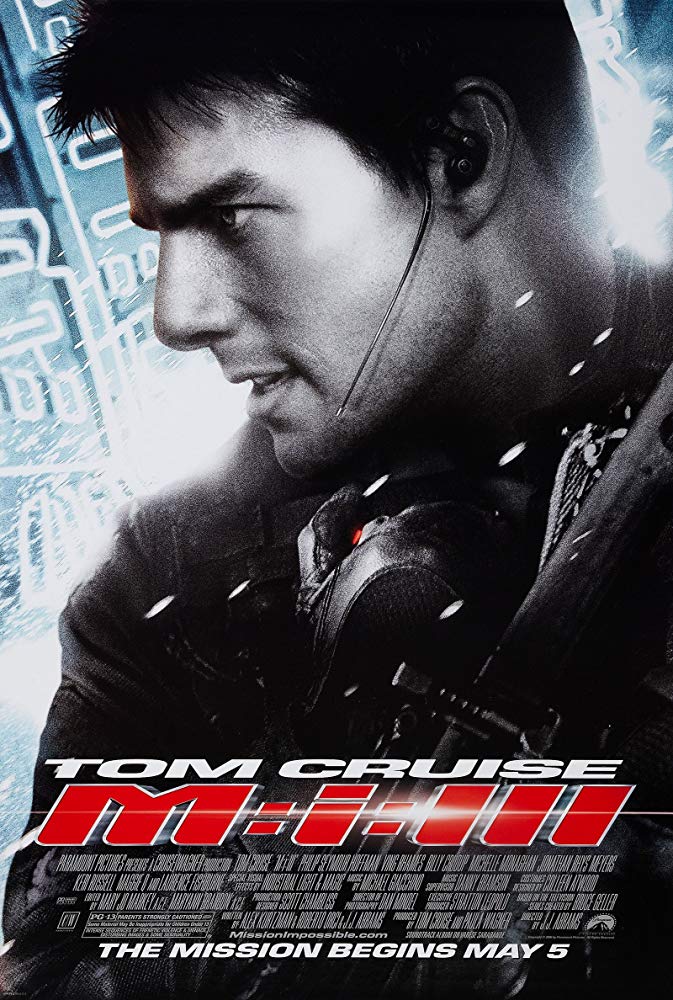 Mission: Impossible III takes place six years since the events of Mission: Impossible II and Ethan Hunt (Tom Cruise) has retired from active service in the IMF. Ethan now spends his time training new recruits and building a new life with his fiancée, Julia Meade (Michelle Monaghan). Julia is unaware of Ethan’s past or his current job. Ethan is approached by another IMF agent John Musgrave (Billy Crudup). Musgrave recruits Ethan to the lead a rescue mission of one of Ethan’s former students, Lindsey Farris (Keri Russell).

Lindsey was investigating notorious arms dealer Owen Davian (Phillip Seymour Hoffman) before being captured. Musgrave has chosen a team to accompany Ethan made up of Declan Gormley (Jonathan Rhys Meyers), Zhen Lei (Maggie Q), and Luther Stickell (Ving Rhames). The team manages to rescue Lindsey and recover two damaged laptop computers. During their escape, it is discovered that Lindsey has an explosive pellet implanted in her head. Ethan tries to disable it, but it goes off and kills Lindsey.

When the team is back the United States, Ethan and Musgrave are reprimanded by IMF Director Theodore Brassel (Laurence Fishburne). Shortly afterwards, Ethan receives a postcard that Lindsey mailed to him prior to her capture. The postcard has a secret magnetic microdot under the stamp. Back at the IMF headquarters, technician Benji Dunn (Simon Pegg) recovers enough data from the damaged laptops to determine that Davian will be in Vatican City to obtain a mysterious objected referred to as the “Rabbit’s Foot”. Without IMF approval, Ethan makes a plan to capture Davian and recruits his team to help him. Before setting out to Vatican City, Ethan marries Julia.

In Vatican City, Ethan safely abducts Davian and fakes the arms dealer’s death when Ethan poses as Davian. While flying back to the United States, Ethan becomes enraged at Davian after he threatens Ethan and the ones he loves. Ethan threatens to drop Davian from the plane as he interrogates him about the Rabbit’s Foot. However, Davian reveals noting. Once back in the United States, Ethan is informed that the secret microdot contains a video from Lindsey warning Ethan that Brassel is working with Davian.

While in route back to IMF headquarters, the convoy transporting Davian is attacked on a bridge. The mercenary soldiers free Davian and he escapes despite Ethan’s attempts to stop him. Fearful for Julia, Ethan rushes to her job at a hospital, but discovers that he is too late, she has already been kidnapped by Davian. Ethan receives a call from Davian who gives him 48 hours to recover the Rabbit’s Foot in exchange for Julia’s life. However, Ethan is arrested by the IMF for conducting an unauthorized mission before he can undertake the operation for the Rabbit’s Foot.

Ethan is taken back to IMF headquarters for interrogation. Musgrave participates in the interview and secretly passes information to Ethan that the Rabbit’s Foot is in Shanghai, China. Musgrave also provides Ethan with an escape route, which Ethan uses. Having fought his way out of IMF, Ethan is declared an enemy of the state and is placed on the most wanted list.

Ethan secretly travels to Shanghai. Declan, Zhen, and Luther are already there under the pretense of another mission. Musgrave has sent the trio to assist Ethan in his quest for the Rabbit’s Foot. After Ethan gets the Rabbit’s Foot, he attempts to deliver it to Davian, but he is tranquilized at the meeting point. When Ethan regains consciousness, he discovers that he has an explosive implanted in his head by Davian. Davian threatens a restrained Ethan that if he doesn’t give him the real Rabbit’s Foot that he will shoot Julia in the head. Ethan pleads with Davian that he has brought him the real Rabbit’s Foot, but Davian tells him no and shoots Julia before leaving the room.

Musgrave mysteriously arrives. He informs Ethan that Julia was not in fact killed, but it was Davian’s head of security, who failed to protect him in Vatican City, disguised as Julia. The ruse was to confirm the authenticity of the Rabbit’s Foot. Musgrave tells Ethan that Julia is alive and being held hostage. Musgrave also reveals himself to be the mole, not Brassel, and that he arranged for Davian to acquire the Rabbit’s Foot so that he would sell it to a terrorist group.

Musgrave believes that this would be sufficient justification for IMF to launch a preemptive strike.
Ethan manages to knock Musgrave unconscious and free himself from his restraints. He uses Musgrave’s phone to track the last call’s location to find Julia. He calls Benji in the United States to help him locate the place that Julia is being held. When he arrives there, he encounters Davian and some henchmen. Ethan kills the henchmen. However, Davian triggers the explosive in Ethan’s head.

With mere seconds to live, Ethan fights and kills Davian. He frees Julia and then jury rigs a defibrillator to deactivate the explosive in his head. Before he electrocutes himself, he kisses Julia one last time and instructs her on how to use his gun. Ethan shocks himself, which stops his heart and deactivates the explosive. Musgrave and a henchman arrive, and Julia kills them. She then successfully revives Ethan, who sheepishly begins to explain his real career with the IMF.

The film ends back in the United States where Ethan is congratulated by Brassel for his successful mission and Ethan and Julia leave for their long overdue honeymoon.