In Mulan, the Hun army has invaded China with the intent to capture and assassinate The Emperor. The Emperor commands that every family in China will send one male member to join his army to defend the Empire. Mulan is the eldest daughter to Zhou, who is the only male member of the family. However, Zhou is handicapped from his younger days in the army. Mulan decides to cut her hair and pose as a man to take her father’s place in the army. But she never dreamed her selfless actions would lead her to fighting the Huns singlehandedly. 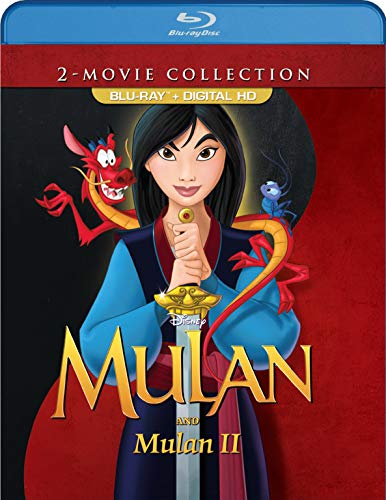 In Mulan, China is invaded by the Huns, who breach the Great Wall. The Huns, who are led by Shan Yu (Miguel Ferrer), plan to overthrow the Emperor of China (Pat Morita). The Emperor commands that every family in China to send one male member to join the defensive Chinese army. Fa Zhou (Soon-Tek Oh), father of Fa Mulan (Ming-Na When), is the only man in the family, as well as an army veteran.

However, Zhou is elderly and handicapped from his years of service. Mulan cuts her hair, takes her father’s armor and sword, and disguises herself as a man so that she can take his place in the army. The family learns of her deception, and Mulan’s grandmother prays to her family ancestors for Mulan’s safe return. The spiritual ancestors order their “great stone dragon” to protect Mulan. Mushu (Eddie Murphy), a small dragon and a disgraced former guardian, is sent to awaken the stone dragon, but accidentally destroys it in the process. Mushu hides the destruction from the ancestors and vows to protect Mulan himself.

Once she is at the training camp, Mulan is able to pass as a man, but she has subpar military skills. Her commander is Captain Li Shang (BD Wong), who trains her and her fellow recruits Yao (Harvey Fierstein), Ling (Gedde Watanabe), and Chien-Po (Jerry Tondo). Eventually, they all become trained warriors.

Mushu creates a fake order from Shang’s father, General Li (James Shigeta), in the hope that it will help Mulan succeed at her plan. The order directs Shang to lead his forces into the mountains to join the main imperial army. However, when they arrive, they find an encampment that is burned and destroyed and learn that General Li and his troops have been massacred by the Huns.

Shang and his men are devastated and begin to return to their training headquarters when they are ambushed by the Huns in the snowy mountains. While most of Shang’s men attempt to run from the Huns, Mulan uses a cannon to cause an avalanche which buries Shan Yu and his forces in snow. However, Mulan is injured by Shan Yu’s blade prior to the avalanche. She collapses from her injury after she is saved by Shang and her friends.

Mulan awakens in a medical tent with her side bandaged. Her secret has been revealed and Shang is furious. Chi-Fu (James Hong), one of the Emperor’s advisors, directs Shang to execute Mulan as the law requires. Shang spares Mulan’s life since she saved his life earlier in the film. Nevertheless, Shang expels her from the army. Mulan is left on her own as the army returns to the imperial city to report the Huns’ destruction in the avalanche. However, Shan Yu and some of his men are able to free themselves from the snow and make their way to the city with the intent to capture the Emperor. Mulan sees the Hun forces making their way to the city and rides to warn Shang and the Emperor.

Once in the city, Mulan is not able to convince anyone of the Huns’ survival. The Huns capture the Emperor and seize the palace. Mulan, Yao, Ling, and Chien-Po are able to enter the palace dressed as concubines. They overtake the Hun soldiers guarding the palace and defeat Shan Yu’s forces with the help of Shang. Shang prevents Shan Yu from assassinating the Emperor, and Mulan is able to lure the Hun leader onto the roof. Mulan fights the much larger Shan Yu in view of everyone in the imperial city. Meanwhile, Mushu fires a large firework at Shan Yu which strikes him and sends him flying into a fireworks launching tower. The tower explodes killing Shan Yu.

When the dust settles, Mulan is reprimanded by the Emperor for destroying the palace and shaming her family and the army. However, the Emperor then praises her for having saved the city and bows to her. She is awarded the crest of the Emperor and given the sword of Shan Yu. The Emperor requests that she become one of his advisors, but she politely declines and requests to be able to return to her family.

Mulan returns to her home in her village. She presents her honorary gifts to her father, who is pleased to have her safely back home. Shang arrives in the village a short time later to return Mulan’s helmet. Shang has fallen in love with Mulan, and Mulan has feelings for him as well. Mulan’s family invites him to stay for dinner. Meanwhile, Mushu is reinstated as a Fa family guardian by the ancestors.