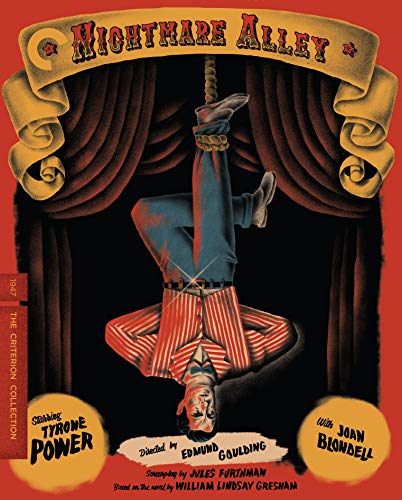 Darkness lurks behind the bright lights of a traveling carnival in one of the most haunting and perverse film noirs of the 1940s. Adapted from the scandalous best seller by William Lindsay Gresham, Nightmare Alley gave Tyrone Power a chance to subvert his matinee-idol image with a ruthless performance as Stan Carlisle, a small-time carny whose unctuous charm propels him to fame as a charlatan spiritualist, but whose unchecked ambition leads him down a path of moral degradation and self-destruction. Although its strange, sordid atmosphere shocked contemporary audiences, this long difficult-to-see reflection of postwar angst has now taken its place as one of the defining noirs of its era—a fate-fueled downward slide into existential oblivion.