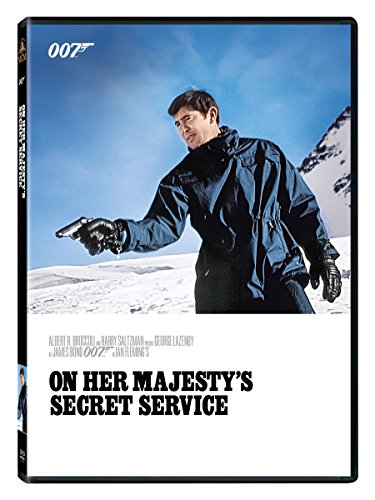 On Her Majesty's Secret Service

James Bond continues his mission to track down the head of SPECTRE, Ernst Stavro Blofeld. However, Blofeld has developed a lethal virus, and he now threatens to unleash it upon the world unless he receives a pardon for all of his previous crimes. Bond needs to race against the clock to take him out. His plan; marry into the biggest crime syndicate in the west to get information on Blofeld’s whereabouts. That trail eventually leads him to a remote alpine institute in Switzerland where he finds Blofeld’s not as easy to kill as it might seem. Additionally, he has ways of dealing with people who cross him, and those whom they love.

The Bad Movie Bible: The Ultimate Modern Guide to Movies That Are so Bad They’re Good (2017)

The Bad Movie Bible: The Ultimate Modern Guide to Movies That Are so Bad They’re Good (2017)