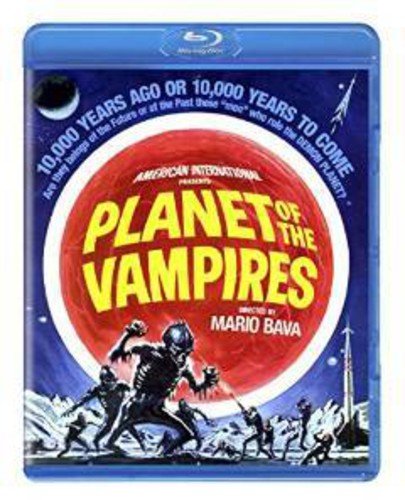 Planet of the Vampires [Blu-ray]

A Close Encounter Of The Undead Kind! Get sucked into a chilling black hole of cosmic creepiness when an evil alien race zeroes in on a crew of unsuspecting astronauts, turning them into zonked-out zombies! Packed with space-age suspense and extraterrestrial terror, this eerily photographed and electrifying thriller drips with an intoxicating, feverish atmosphere of dread. A band of space travelers has just intercepted a distress call from a distant world! Is it a desperate cry for help… or something far more sinister? After landing on the shadowy planet, the crew is attacked by a horde of disembodied aliens with a diabolical plan: to conquer the universe by controlling the crew’s minds and stealing their souls-proving that even in outer space, possession is 9/10 of the law!

Read the full summary, and our listen to our film review.