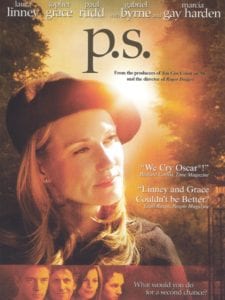 This is one of those stories that made me feel dirty watching it. Not because the subject matter was slightly perverse or startling. What I saw was a low-budget movie which never broke out of the low-budget feel. It just felt… cheap.

Let’s for a moment forget the fact the whole premise is a psychiatrist’s worst nightmare – a person can’t get over the death of their first love so let’s replace that person with another (much younger) person who shares the same name and start an affair in the most awkward, look-away kind of way possible. Cougars have feelings too and I applaud anyone trying to give middle-aged woman an outlet. But why does a well-educated, attractive, intelligent divorcée think she needs to immediately “bed” (or “couch”) the first incoming freshman that remotely hints at the fact she’s hot?

Laura Linney wearing a low-cut dress and leaning over to look at a couple slides would make any 18-year-old lose any inhibitions he would have. “Obvious” isn’t the only word that springs to mind. But the way this came across was so desperate and off-the-wall it was off-putting. And the best friend on the phone… Wow, I could have put more emotion and believability into that character as a male and non-actor than that actress showed throughout the movie. The whole movie was screaming “exposition” before any real acting was taking place. People do not act or speak in real life the way they do throughout most of this movie. It was scripted and you could see/hear it over and over and over and….

Then there’s the actual acting… It’s billed (I believe) as somewhat of a romantic comedy. I didn’t find anything romantic or funny about a near-middle-age ice queen dropping her panties for a cock-sure, jackass of a student who obviously only expected to get laid at every chance possible. At Columbia University no less. Yeah, that’s what I expect when I think of the Ivy League – tenured professors ready to jump any quasi-interesting teenager at the drop of a name on an envelope. Teacher ethics mean nothing at one of our most prestigious and respected American universities I guess.

You don’t think an admissions officer would think twice about exchanging admission to THE IVY LEAGUE for sexual favors with a cute student??? I guess the job (or your entire education career no less) can’t be that outstanding to throw it away for one very brief (and unfulfilling) affair with a student – who considers you a just “notch on his belt” anyway. Oh, yeah. That’s a serious educator in my opinion… PUHHHH-leeez. Educated people are more subtle than that. Columbia deserved so much better than this.

And the direction… Who funded this project, anyway? A hormone-enraged Columbia student with daddy’s credit card and the hots for Laura Linney in various stages of undress??? That’s what it feels like. The soundtrack came and went during the least opportune times. The editing during the phone conversations screamed “amateur” at all times. Everything seemed so scripted there was absolutely no believability to the situations. It was actors mouthing words off a page.

I have seen less cardboard acting at grade school recitals about the four basic food groups. It literally felt like the writer/director was going one direction with the story, ran into a monkey wrench plot twist, and instead of naturally creating a solution, the writer/director just threw in the silliest, least inspired way to jump over the problem with a minor (re: unnecessary) character showing up out of nowhere to further the plot, then the minor character disappears until they are “magically” needed again to push our main characters along in their story to the inevitable end. Reality has no place in this script. Just “plot points”. The audience needs more respect than that.

Skip this movie. It really isn’t worth your time. I rate it a 3 out of 10 because it shows Columbia University in beautiful lighting and I like Laura Linney and Topher Grace. Unfortunately, this wasn’t close to their best efforts.

An unfulfilled divorced woman gets the chance to relive her past when she meets a young man who appears to be her high school sweetheart who died many years before.