Rashomon begins as heavy rain pours monotonously out of a dark sky. Under Kyoto’s once-glorious front gate, a poor woodcutter and a faithful priest gather around a feeble campfire to share their take on a mysterious murder with a wet commoner. Out in a lush bamboo forest, a valiant samurai died as the hands of the notorious bandit, Tajomaru. He then sexually assaulted the dead man’s wife. Before court and through a series of flashbacks, four strikingly different points-of-view inextricably interweave with half-truths, cover-ups, and the supernatural, to further blur the lines between memory and fact. Who is the evil-doer behind this intricate tale? In the end, only your personal perspective and bias can decide. 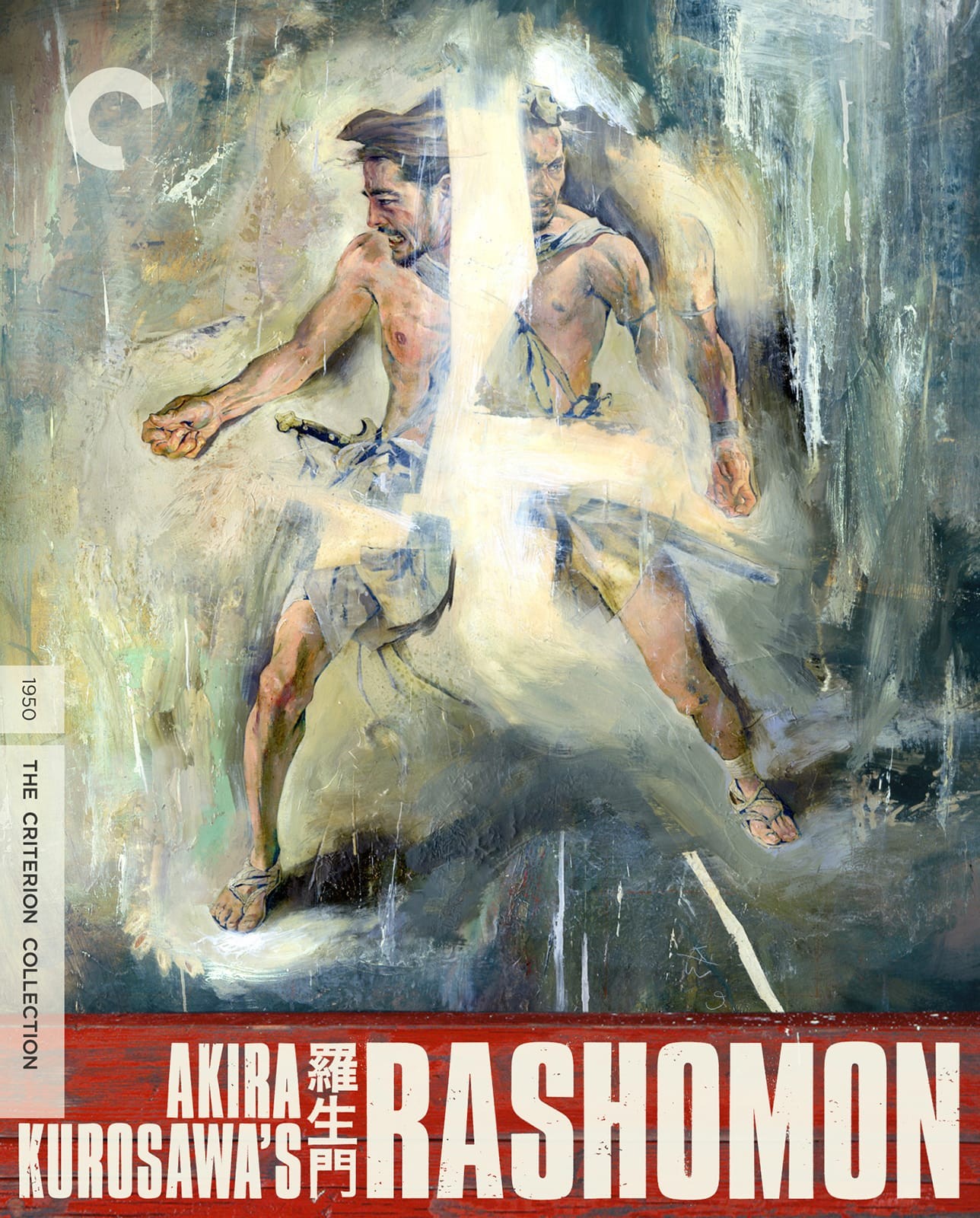 The message of Rashomon is that everyone is the potential hero (or villain) of their own story. Rashomon is the tale of the death of a samurai as told from the different viewpoints of a woodcutter, a bandit, the samurai, and the samurai’s wife.

Our tale begins on a rainy day at the Rashomon gate in 18th century Japan. There, a woodcutter, a priest, and a commoner discussing the confusing events surrounding the death of a samurai deep in the woods. The woodcutter discovered the body, and he notified the authorities. Later, he testified to this during the investigation. The film proceeds to tell us the tale from the perspective of each of the other witnesses.

The wife, filled with shame, then begs the bandit to duel her husband to the death to save her from her dishonor. The bandit frees the samurai, and the two men duel. Ultimately, the bandit is victorious, and kills the samurai. The wife runs into the woods, and the bandit collects the samurai’s property, save an expensive dagger that the wife tried to use against him.

Next, we hear from the samurai’s wife. She tells a different tale. She states that the bandit raped her, and then ran off. Left alone with her husband (who is still tied up), she tells how her husband stared at her in cold disdain, even as she begged him for forgiveness. She frees her husband, and begs him to kill her so she would be at peace, but he continues to look at her with loathing.

She tells investigators that the look disturbed her so much that she fainted with the dagger in her hand. However, when she awoke, she found her husband dead with the dagger buried in his chest. She states that she attempted to kill herself but failed in all her efforts.

Additionally, we hear from the samurai himself, whose story is told through a medium. The samurai states that after the bandit raped his wife, he asked the samurai’s wife to leave with him. She accepted his offer, and asked the bandit to kill her husband in exchange, so that she would not feel the guilt of belonging to two men.
The bandit, offended by the request, grabs her, and asks the samurai if he wanted the bandit to kill his wife or let her go. The wife escapes and flees into the woods, and the bandit is not able to find her. Later, the bandit returns and frees the samurai, who takes his wife’s dagger and kills himself with it. Later, someone removed the dagger from his chest.

Finally, we hear the confession of the woodcutter. You see, the woodcutter did not just find the samurai’s body, as he told investigators, but actually observed the incident completely. According to the woodcutter, he observed the rape. But afterwards, the bandit begged the wife to marry him, but the wife freed her husband instead. Her husband was not initially willing to fight the bandit for his wife, as he did not want to risk life for a “spoiled” woman. The wife then belittles both men, stating that they are not real men, and that real men would fight for a woman’s love. She manipulates the two men into fighting each other in a haphazard and comical way. Ultimately, the bandit is successful, and kills the samurai. The wife flees in horror, and the bandit collects the samurai’s sword, and limps off into the woods.

The film then cuts back to the woodcutter, the priest, and the commoner still at the Rashomon gate. The sound of a crying baby interrupts their discussion. On the other side of the gate, they find the baby abandoned in a basket. The commoner takes a kimono and an amulet that have been left for the baby.