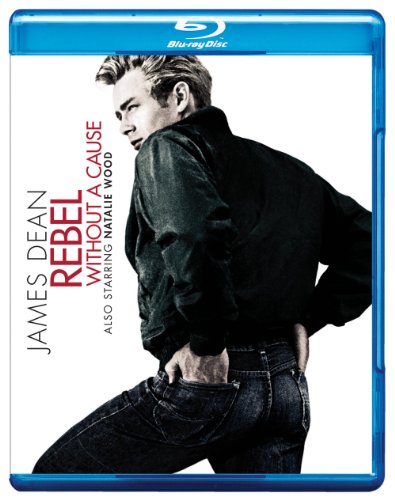 Rebel Without a Cause (BD) [Blu-ray]

‘Rebel Without a Cause’ Movie Summary 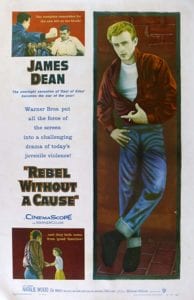 Rebel Without a Cause chronicles 24 hours in the life of the angst-ridden teen, Jim Stark in Los Angeles, California. The film begins as the police haul Jim in for plain drunkenness. They hold him their juvenile detention center at the jail where two other troubled teens are under arrest.

John “Plato” Crawford, who lives with a housekeeper because his father abandoned his family while he was a baby, and his mother is always out of town, is being held for killing a litter of puppies.

Judy is there for a curfew violation, but is troubled because she resents her father for not paying attention to her. In fact, he doesn’t even show up to the police station to pick Judy up; her mother does.

Jim’s parents, Frank and Carol, consistently bickers, and his effeminate father and domineering mother are tearing him apart. He can’t stand to see his dad unable to stand up to Carol. He confides these frustrations to officer Ray Fremick right before he releases Jim to their custody.

The next morning is Jim’s first day at Dawson High. Jim spots Judy on her way to school too, and offers her a ride. She declines; instead going with her boyfriend, Buzz Gunderson, and his fellow gang of juvenile delinquents. As is typical of many new students to a school, everyone ignores Jim except for the puppy killer, Plato. He quickly idolizes Jim because he’s the closest thing to a father figure he has in his life, and he may very well be struggling with his sexuality.

It’s a great first day of school for Jim! They are off to a field trip at Griffith Observatory. Unfortunately, Buzz doesn’t like Jim’s face, and he provokes Jim into a knife fight. Jim gets the better of Buzz, so now, Buzz has a rep to protect. He decides the two should steal some cars, and head up to the local seaside cliff for a Chickie Run.

Jim returns home to ask his dad for advice on defending one’s honor in a dangerous situation. Frank, not surprisingly, advises him against confrontation at all costs because it’s not worth it. That night, Jim goes to the Chickie Run anyhow. It’s clear that Buzz and Jim could be friends, but it’s not meant to be.

During the run, the strap on Buzz’s jacket sleeve gets tangled with the lever on his door-latch. He can’t exit his car in time, and he plunges over the cliff with his car to his death. Sirens soon blare in the background as the police arrive. Buzz’s gang runs off; leaving Judy behind alone. Jim coaxes her into leaving with him and Plato.

Once the crash is on the news, Jim tells his parents about his part in it. He wants to turn himself in, but Carol instead decides she’s moving the family yet again. Jim protests the decision, and pleads with Frank to stand up for him. Frank is unable to do so, and Jim attacks him out of frustration.

He then heads over to the police station to confess, but the desk sergeant nonchalantly turns him away. You might think an officer would be somewhat interested in what a frantic teen has to say on the night of the death of another teen, but not this one. Go figure.

When Jim returns home, he finds Judy waiting for him. She apologizes for the way she treated him; it’s peer pressure you know. The two of them fall in love, and agree to never return to their respective homes. Jim knows of an old deserted mansion Plato told him about, and they head over there.

Elsewhere, three of Buzz’s pissed off gang members finds Plato. They think Jim ratted on them to the police, and they want revenge. They steal Plato’s notebook, and find out where Jim lives, but he’s not home of course. Plato runs to his home to get his mother’s gun. He then sets out to warn Jim, and heads to the mansion too.

The three new friends of circumstance pretend to be a family with Jim and Judy as parents, and Plato as the child. After Plato falls asleep, Jim and Judy explore the rest of the mansion together. They might have explored each other too. They might have had sex. Who knows, but what would you think pretend parents would do when their child falls asleep, and they are now alone to themselves? You watch the film and decide, but one thing is for certain, it’s here where the two share their first kiss.

Buzz’s gang shows up, and wakes Plato. Suddenly alone and feeling abandoned by another family member, Plato pulls his gun, and shoots one of the gang. Jim heads over to Plato, and tries to calm him down, but he flees; cursing Jim of leaving him alone.

Plato runs back to the observatory, and barricades himself inside. The police arrive, including officer Fremick, with Frank and Carol in tow as the three were already out searching for Jim. At the observatory, Jim and Plato look at each other the same way Jim and Judy look at each other, but that’s a forbidden love in 1950’s film. Jim trades Plato his gun for his red jacket, and then Jim takes the bullets out of Plato’s gun’s bullets before returning it to him (certainly no euphemism meant there). He then convinces Plato to come out to the community with him.

However, the police see that Plato still has the gun, and they have no clue it’s unloaded. They shoot Plato dead as he charges them. Frank comforts Jim; finally vowing to be a stronger father for both of their sakes. Jim introduces his parents to his new girlfriend Judy; concluding his first day at his new school. What new adventures could tomorrow bring?

User Rating: Be the first one !
May 26, 2019
5 minutes read
Show More
Back to top button
Close
Close