John and Mary can’t believe their good fortune when they inherit the vast estate of John’s recently departed uncle. While it’s a fixer-upper, there’s nothing that a fresh coat of paint, a little dusting, and an exorcist can’t take care of. It turns out that they’ve just moved into the most eerie house in Erie, PA — and one that some loathsome looky-loos are simply dying to take off their hands! As monsters, mayhem, and mirth descend upon the house, only a mysterious book can save this everyday normal family from Saturday’s paranormal activity. 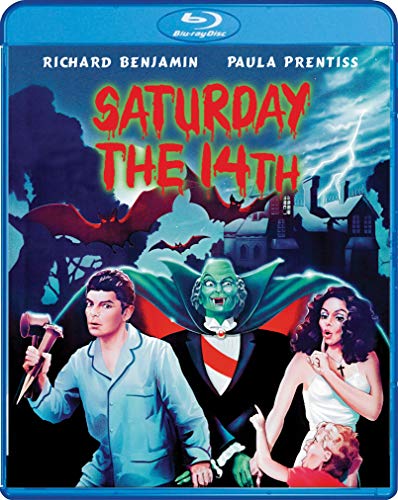 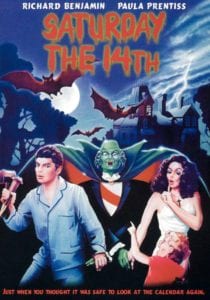 John and Mary are a happily married couple who inherit a cursed house in Eerie, PA. John and Mary decide to move into this “fixer upper” with their two children, Debbie and Billy, despite its known curse.

Shortly after they move in, Billy finds and leafs through the ancient Book of Evil. Just by looking at the books pictures, grotesque monsters magically escape into the real world and try to kill off everyone in sight.

Outside of the house, two vampires named Waldemar and Yolanda, who have been married for an extraordinary 312 years, try their hardest to sink their teeth into the Book of Evil and its supernatural powers. They infiltrate the cursed house by shape shifting into vampire owls(?), but have no luck in getting their claws on the book. That is until they enlist Billy to help them battle the monsters and Van Helsing, the evil exterminator, who wants to use the book to take over the world.

The ultimate battle between good and evil goes down at John and Mary’s (cursed) house warming party, where the monsters kill of all of the guests. Billy, along with the help of the vampire couple, has a mystical tug of war with Van Helsing over the book. In the end John, Mary, Debbie, and Billy live happily ever after, across the street form Waldemar and Yolana, who now own the cursed house.