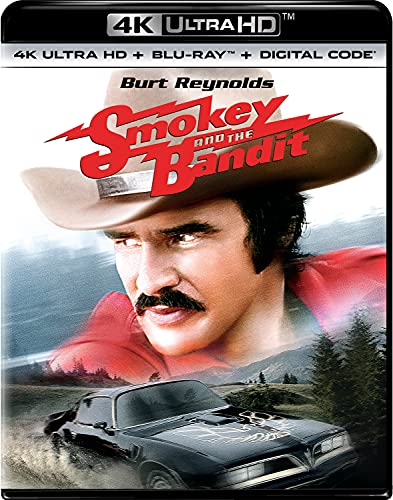 ‘Smokey and the Bandit’ Movie Summary

Once upon a time, truckers were as cool as the Kardashians, and the ‘Kim’ of the group was one Bo Darville, a trucking-legend-for-hire known as the Bandit, played by Burt Reynolds. He is cornered by Big and Little Enos Burdette and offered $80,000 to bring 400 cases of Coors from Texarkana, Texas to a big party they are throwing in Atlanta, Georgia in 28 hours. The problem? It is illegal to ship the beer east of Texas. The Bandit hatches a plan to distract Smokeys in a sweet 1977 black Pontiac Trans Am while his buddy, the Snowman, played by country singing legend, Jerry Reed, drives the truck with the illegal cargo. It’s a simple enough plan, and off they go.

Meanwhile, a woman named Carrie, played by Sallie Field, gets cold feet at her wedding to Junior, the simple-minded son of Sheriff Buford T Justice, played Jackie Gleason. She runs out of the church and flags down the first car she sees rocketing down the highway, which happens to be the Bandit. He picks her up and speeds of again. The two exchange friendly banter as Frog, Carrie’s new nickname the Bandit has given her, changes out of her wedding dress and into something more comfortable.

This doesn’t sit well with Sherriff Buford T Justice, who is not going to be embarrassed in front of his family and town. He sets out with Junior in hot pursuit. Through smashed police cars, barroom brawls, and a blossoming love affair, the incensed Sherriff follows the group across state lines all the way back to Georgia.

Eventually, the Bandit wins the bet, gets the girl, and makes Buford T look like a complete fool. The movie ends with the Bandit, Snowman, and Frog speeding off after accepting Big and Little Enos’ double or nothing bet for some Boston Clam Chowder. The inept Sheriff still following behind.