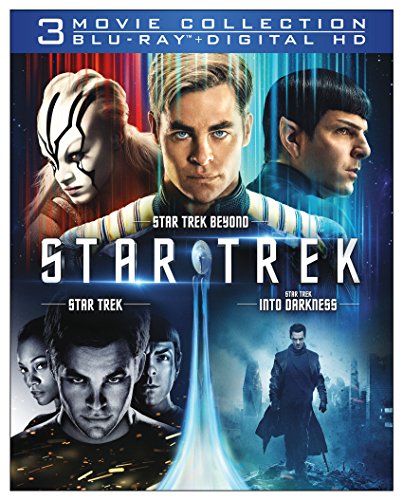 On the day of James T. Kirk’s birth, his father dies on his damaged starship in a last stand against a Romulan mining vessel looking for Ambassador Spock, who in this time, has grown on Vulcan disdained by his neighbors for his half-human heritage. 25 years later, James T. Kirk has grown into a young rebellious troublemaker. Challenged by Captain Christopher Pike to realize his potential in Starfleet, he comes to annoy academy instructors like Commander Spock. Suddenly, there is an emergency on Vulcan and the newly-commissioned U.S.S. Enterprise is crewed with promising cadets like Nyota Uhura, Hikaru Sulu, Pavel Chekov and even Kirk himself, thanks to Leonard McCoy’s medical trickery. Together, this crew will have an adventure in the final frontier where the old legend is altered forever as a new version of the legend begins.

Disclaimer: Affiliate links are contained in this post. This means when you click a link, and purchase an item, Movie House Memories will receive an affiliate commission. Advertisers and Affiliate Partnerships do not influence our content. See our Terms of Use about the inclusion of affiliate links on this site for more information.
April 2, 2020
1 minute read
Show More
Back to top button
Close
Close