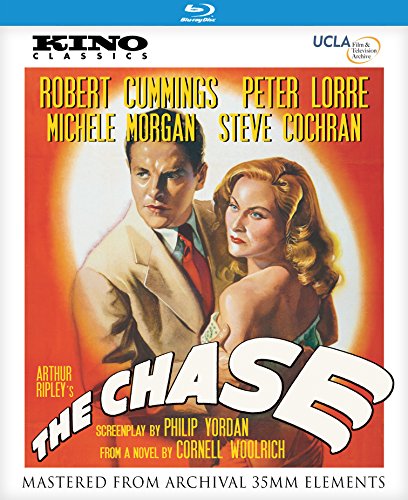 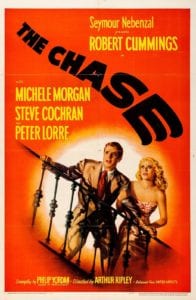 World War II veteran and penniless drifter, Chuck Scott suffers from post-traumatic stress disorder in Miami. When he finds a wallet outside a restaurant, he returns it to its owner. His honesty impresses the wallet’s owner; a gangster named Eddie Roman, and he hires “Scotty” to be his driver.

On their first day out, Roman decides to see what Scotty is made of. He assumes control of the gas and brake of the car with a flip of a switch in the backseat. This test surprises Scotty, and freaks out Roman’s crony, Gino because he doesn’t know how good of a driver Scotty is.

Roman controls everything and everyone including his wife, Lorna, whom he locks in her room most of the time. However, Roman lets Lorna out every night at 9:30pm for a long drive which she takes to the beach. On one of their drives, Lorna asks Scotty to take her to Havana, Cuba which he agrees to do for $1,000, and because he’s kind of in love with her.

Scotty buys two tickets to Havana, and that night, they set sail. Once there, they admit their love for each other, and then stop off at a club for a drink. There, someone kills Lorna with a knife in Scotty’s arms.

As the police gather evidence in the murder, Scotty realizes that someone is framing him (with Roman being the most likely culprit). Gino shows up, and destroys the only evidence that proves he didn’t stab Lorna; photo’s taken at the club. Scotty escapes the police custody, but Gino guns him down when he returns to the store where he bought a jade knife that night.

Scotty then snaps awake. He’s still in Miami on the night he’s supposed to flee to Miami with Lorna. The previous “trip” was just a PTSD hallucination. The blackout gives him cold sweats and confusion. He knows enough to gulp down his meds, and call his naval doctor.

Although Scotty can’t remember anything, his doctor, Commander Davidson, tries to get him to recount as much as possible. Following strict medical protocol, the Commander takes Scotty to the Florida Club for a nightcap full of with some bourbon and water.

Back at Roman’s mansion while he and Lorna eat dinner, Gino tells Lorna that Scotty suddenly quit his job as driver. It could be the truth. It could be a Gino lie. Either way, Lorna buys the story, an no longer wants to go on her evening drive. So, Roman locks her in her room.

Later, when he finds her writing a love letter to Scotty, he slaps her, and then locks her in her room…again. He and Gino head over to the Florida Club to unwind with some wine.

A wall divides the club, and it keeps them from seeing Scotty, but when the Commander goes to make a call, Gino spots him. Sometime in the past, Roman was a patient of his, and the two chat for a moment.

During this conversation, the Commander realizes the woman Scotty has fallen for is Roman’s wife, and he ends the conversation quick. He then heads back to Scotty, but he’s gone. He regained his memory, and ran back to Roman’s mansion to pick up Lorna and catch that boat.

By the time he rescues Lorna, Gino and Roman have figured out his plan, and are in hot pursuit. On the way to the shipyard, Roman flips his switch in the backseat of his car, and takes control of the gas pedal while Gino steers. As the car hits 100 mph, Gino loses control; crashing into a train. The two men die instantly.

Scotty and Lorna set sail to Cuba for a happily ever after.