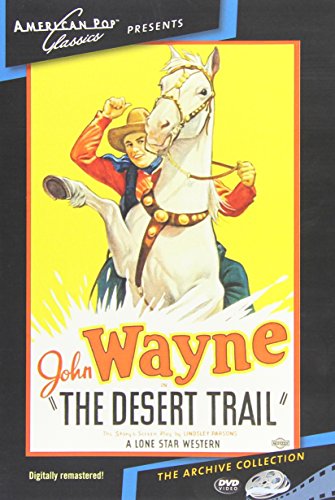 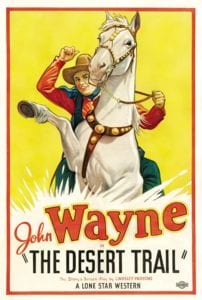 During a stagecoach ride to Rattlesnake Gulch, rodeo star John Scott and his gambler friend, Kansas Charlie, are introduced to a female traveler named Juanita. John Scott informs Juanita that he is going to showcase his talents during the Rattlesnake Gulch Rodeo, which awards cash prizes of $5,000. While Scott rides his bucking bronco in the rodeo, Kansas Charlie plays cards in a local saloon.

The duo decide to square up an unsettled debt with the Rodeo’s crooked promoter, Mr. Farnsworth, by going to Farnsworth’s office and strong-arming him into handing over the $900 cash that Scott is owed. Minutes after the duo leaves Farnsworth’s office, another duo, Pete and Jim, robs the rodeo office and murders Farnsworth. When the local law dogs start investigating the murder, the real killers pin the murder on John Scott and Kansas Charlie, who they saw leave the office prior to their entry. The sheriff arrests Kansas Charlie and interrogates him.

While escorting Kansas Charlie back to the jail, John Scott stops the group and gets the posse to drop their weapons. This allows Charlie to get away. When John goes to see Juanita, he arrives minutes after her real boyfriend, Pete the murderer. Pete, who is hiding in a nearby closet, hears all of John’s conversation with Juanita. Kansas Charlie, who is also smitten with Juanita, arrives at her house to bicker with John.

As the friends argue, Pete comes out of the closet and steals their money, before heading off to Poker City. The buddies decide to trail Pete to Poker City, but are chased into that direction by the Sheriff’s posse, before being separated.

Scott under the identity of “John Jones” runs into Jim in Poker City shortly after a loan bandit hits a stagecoach and Jim gets questioned for the crime. John follows Jim into a general store, where he meets Jim’s sister, Anne, while buying a supply of nerve tonic.

Jim and Pete try to hit another stagecoach, but the stage is rescued by John and Kansas Charlie, who is posing as “Reverend Harry Smith.” The heroes drive off the bandits, but are jailed after being setup as the true stagecoach robbers. Ann, in an attempt to save John and Kansas Charlie, helps them break out by smuggling saw blades into their cell.

The duo eventually escapes and has a brief shootout with the sheriff. After his conscious gets the better of him, Jim wants to confess for his crimes, but Pete shoots him in the back. A posse, including John and Kansas Charlie, chase down Pete. Pete is eventually shot down during the getaway. Jim confesses to all of the crimes, allowing John and Kansas Charlie to become free men. Anne and John hitch it up and live happily ever after.