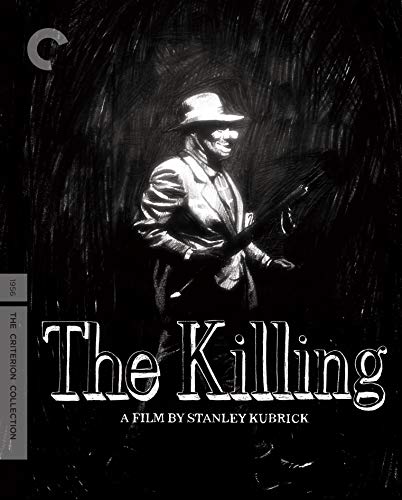 The Killing (The Criterion Collection) [Blu-ray]

Stanley Kubrick’s account of an ambitious racetrack robbery is one of Hollywood’s tautest, twistiest noirs. Aided by a radically time-shuffling narrative, razor-sharp dialogue from pulp novelist Jim Thompson, and a phenomenal cast of character actors, including Sterling Hayden, Coleen Gray, Timothy Carey, Elisha Cook Jr., and Marie Windsor, The Killing is both a jaunty thriller and a cold-blooded punch to the gut. And with its precise tracking shots and gratifying sense of irony, it’s Kubrick to the core.