In this Academy Award nominated film, a young lion prince is cast out of his pride by his cruel uncle, who claims he killed his father. While the uncle rules with an iron paw, the prince grows up beyond the Savannah, living by a philosophy: No worries for the rest of your days. But when his past comes to haunt him, the young prince must decide his fate: Will he remain an outcast or face his demons and become what he needs to be? 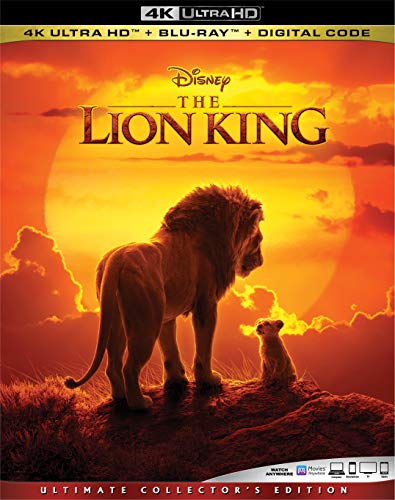 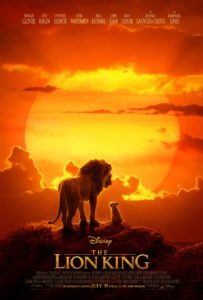 In the Pride Lands of Africa, most of the animals in the animal kingdom live in relative harmony. The kingdom is ruled over by the lion royalty, King Mufasa (James Earl Jones) and Queen Sarabi (Alfre Woodard). As the film begins, Mufasa and Sarabi announce to the other animals of the Pride Lands the birth of their son, Simba (JD McCrary). All the animals attend the ceremony, including the kingdom’s shaman and advisor to the king, the mandrill Rafiki (John Kani). The only one not in attendance is Simba’s uncle and Mufasa’s brother Scar (Chiwetel Ejiofor) who is one step further removed from the throne with the birth of Simba. Scar perceives Simba’s birth as another obstacle that he must overcome to become king.

Over time, Simba grows older and Mufasa shows him the Pride Lands and explains to him the responsibilities of kingship and the circle of life, that which connects all living things. Despite Mufasa’s teachings, Simba is still a young lion who looks for excitement and adventure. One day, Scar tricks Simba and his best friend Nala (Shahadi Wright Joseph) into exploring an elephant graveyard, an area that is beyond the Pride Lands and the protection of Mufasa’s rule. Simba and Nala escape the protective care of the Mufasa’s majordomo, the hornbill Zazu (John Oliver) and make it to graveyard. Once there, Simba and Nala are confronted by a pack of hungry hyenas led by Shenzi (Florence Kasumba), Kamari (Keegan-Michael Key), and Azizi (Eric Andre). The hyenas plan to eat the two lion cubs, and Simba tries to defend Nala. Only the timely arrival of Mufasa prevents Simba and Nala from being killed.

After Mufasa saves the cubs, he lectures his son on responsibility and courage. Mufasa forgives his son and explains that the great kings of the past watch over them from the night sky, and that someday, Mufasa will do the same for Simba. At the same time, Scar visits the hyenas and expresses his disappointment that they did not kill Simba. He convinces them to help him overthrow Mufasa in exchange for hunting rights in the Pride Lands.

Everything you see – exists together in a delicate balance. While others search for what they can take, a true king searches for what he can give. Mufasa

A few days later, Scar sets another trap for Simba and his brother. He lures Simba into a gorge under the pretense of a surprise from Mufasa. Scar then has the hyenas drive a large herd of wildebeest into a stampede that will trample Simba in the gorge. Scar informs Mufasa of the danger, and the king rushes into the gorge to protect his son. He gets Simba to safety before being knocked back into the gorge by the wildebeest. Mufasa struggles to climb out of the gorge along the rocky cliffs. He nearly makes it to safety before being thrown back in the gorge by Scar. Mufasa is killed which devastates Simba who believes it is all his fault. Scar tells Simba to leave the kingdom and to never return. Overcome by guilt, Simba follows his uncle’s orders. Scar orders the hyenas to kill Simba, but the young cub escapes the hyenas by leaving the Pride Lands. Scar tells the lion pride that both Mufasa and Simba were killed and steps forward as the new king of Pride Rock with the hyenas as his allies.

Meanwhile, Simba struggles to survive in the barren wastelands outside the Pride Lands. He encounters a meerkat named Timon (Billy Eichner) and a warthog named Pumbaa (Seth Rogen) who save him and teach him a new creed for life, “hakuna matata” or no worries. Simba adopts Timon and Pumbaa’s carefree attitude to life and begins to grow older and a little wiser.

Years pass and a grown Simba (Donald Glover) still carries the guilt of his father’s death with him. One day, Simba rescues Timon and Pumbaa from a hungry lioness, who turns out to be an adult Nala (Beyoncé Knowles-Carter). Nala is pleased to see Simba alive and soon the two lions fall in love. Nala tells Simba of the disastrous conditions of the Pride Lands under Scar’s rule and urges Simba to return home to reclaim his throne. Due to his guilt, Simba refuses and runs off to be by himself. Once alone, he encounters Rafiki who remembers Simba. Rafiki tells Simba that Mufasa’s spirit continues to live on in Simba. When Rafiki tries to show Simba, the lion experiences a vision of his father who tells him that he must take his rightful place as king. Simba realizes that he must stop running from his past and returns to the Pride Lands with Nala, Timon, and Pumbaa.

Once back at Pride Rock, Timon and Pumbaa distract the hyenas to allow Simba to confront Scar. Scar is initially afraid of Simba, but he soon turns the tables by threatening to reveal Simba’s “secret”, that he caused the death of Mufasa. Simba confesses to his role in his father’s death to the lion pride while Scar backs him to the edge of Pride Rock. When Simba starts to slip off the cliff, Scar reveals that he killed Mufasa to Simba. Enraged, Simba regains the advantage and forces Scar to confess to the lion pride that he killed the king. The hyenas return and begin to fight the lion pride, Nala, Timon, Pumbaa, Zazu, and Rafiki. Meanwhile, Scar and Simba battle each other for the throne.

Scar eventually tries to escape, but he is cornered on the top of Pride Rock. Scar begs for mercy and attempts to blame all his crimes on the hyenas, who overhear him. Simba spares his uncle’s life but orders Scar to leave the Pride Lands forever, just as Scar had once said to a young Simba. Scar refuses and attacks Simba, but the larger Simba throws Scar off the cliff. Scar survives the fall, but he is attacked by the hyenas who are upset by Scar’s betrayal of them. Scar is presumedly mauled by the hyena pack.

Afterward, Rafiki reminds Simba that it is time for him to retake the throne. Simba climbs back to the top of Pride Rock and roars, announcing that the King has returned. Simba makes Nala his queen. The film ends with the Pride Lands restored to their usual state. All the animals in the kingdom are once again gathered at Pride Rock for the birth of Simba and Nala’s newborn cub, Kiara.