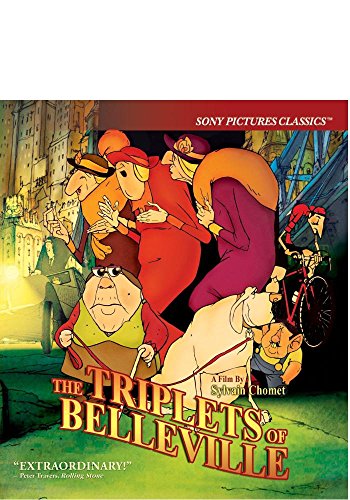 ‘The Triplets of Belleville’ Movie Synopsis

Madame Souza raises her grandson, Champion and his dog Bruno alone in France circa 1926. Champion grows up to be a professional bicyclist. During the Tour de France, the French mafia kidnaps Champion and two other riders, and take them to Belleville—the French Metropolis. Souza and her dog Bruno follow the gangsters to Belleville where she befriends three sisters. The Triplets of Belleville help Souza rescue Champion from the mobsters for a happy ending. The film ends with Champion, now elderly himself, reliving the story the his beloved grandmother told him. May she rest in peace.