Transcends the teen cliches by calculated self-mockery… Revives some of our old delight in the sheer mechanics of movie making.” According to the Los Angeles Times. The new kid, Buddy Revell (played by Richard Tyson of Kindergarten Cop), is rumored to have a violent history and Jerry Mitchell (played by Casey Siemaszko of Young Guns) has been tasked with getting to the bottom of it for the school paper. Desperate to get out of writing the story, Jerry accidentally angers Buddy and earns himself a date with Buddy’s fists later that day. Can Jerry escape his parking lot date with destiny? Find out at Three O’Clock High. 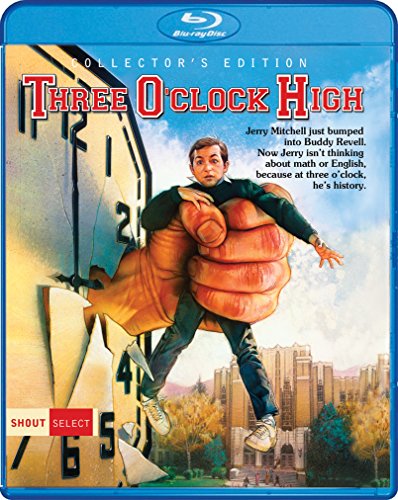