East of Boulder Flats, deep into the vast and unforgiving white territory of the Wind River Indian Reservation, the seasoned game tracker, Cory Lambert, discovers the frozen body of the young Native American, Natalie. As this is a federal crime, the F.B.I. dispatches the inexperienced but courageous agent Jane Banner to lead the investigation, however, the unprepared outsider will soon team up with Cory to unravel the mystery of Natalie’s murder. Before long, Cory will inevitably have to face his own past, while at the same time, both he and Jane are thirsting to see justice done. In the end, will this be a fruitful alliance? 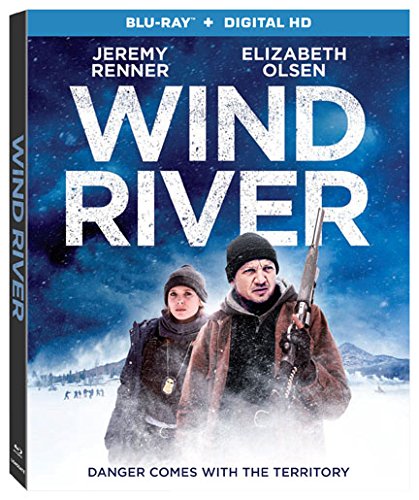 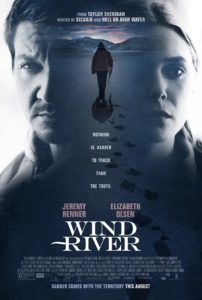 Cory Lambert is a hunter for the Fish and Wildlife Service on the Wind River Reservation in Wyoming. He hunts predators. While out on a hunt, he discovers the frozen body of Natalie Hanson, his deceased daughter’s close friend. Natalie had run barefoot out into the snow, and the closest house is miles away. The FBI is called in to investigate, and Special Agent Jane Banner comes from Las Vegas to investigate.

They discovered that Natalie died from exposure to the cold after she was raped, and when the coroner refuses to rule the cause of death a homicide, Agent Banner knows she has to investigate fast before she’s sent home. They pay a visit to Natalie’s drug addict brother and his roommates that ends in a violent shootout. But none of them are the culprit. But they learn that Natalie was dating a white man who worked security on a nearby oil drilling site.

Lambert discovers tracks in the snow that lead him to the dead body of Natalie’s boyfriend. Banner gathers the local sheriff and tribal police and they ride out to search the drilling site while Lambert checks out the mountains. As Banner and the cops talk to the shady men at the drilling site, Lambert discovers tracks leading from the location of Natalie’s boyfriend’s body back to the drill site. Lambert rushes in to warn the cops, but he’s too late.

Back at the drill site, the cops prepare to search the trailers at the site when the workers open fire on them. Banner is hit with a shotgun blast to her body armor. The rest of them completely unload on each other in a flurry of gunfire that leaves everyone wounded and many dead. Banner is the only law enforcement left alive. And as they prepare to execute her, Lambert puts them down, one by one, with his high caliber rifle.

Pete escapes, and Lambert hunts him down and drags him near the peak of Wyoming’s tallest mountain. Lambert promises Pete if he confesses, he’ll show Pete mercy. Pete confesses and begs for mercy. Lambert gives Pete the same chance that Pete gave Natalie. He takes his shoes and lets him run for the nearest highway. Pete makes it a short ways and drops dead.