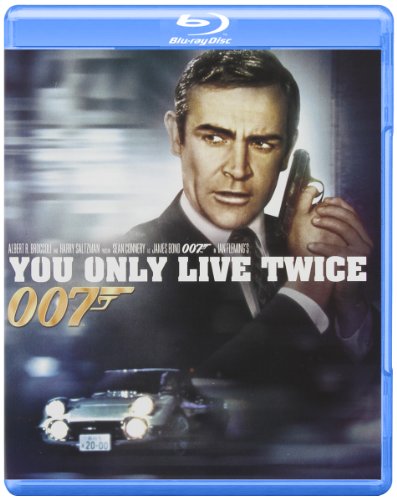 You Only Live Twice [Blu-ray]

‘You Only Live Twice’ Movie Summary 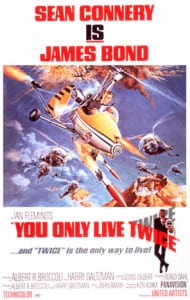 A giant claw game plucks an American space shuttle out of the sky for some reason. The Americans suspect the Russians, however, the Brits suspect the Japanese. They send Bond to Japan to investigate, but first he fakes his death. He tastes some Chinese Kung Pao Booty in a hotel room, and eats it.

The Brits resurrect Bond as Bond. He meets the head of the Japanese secret service, aided by Aki, a Japanese spy. The Japanese point Bond in the direction of a ship, the Ning-Po, which has a connection to the space hijinks.

Bond suspects Osato chemicals of being up to no good. In fact, they produce rocket fuel for some shady types. At the dock where Osato delivers fuel, the crew of the Ning-Po captures Bond. Soon afterward, he awakes, tied to a chair in front of a sexy redhead, Helga Brandt.

Instead of killing Bond, Brandt schtoops him, and takes him on her plane. And instead of flying her plane, she traps Bond by putting his seatback tray in the open position. This lock Bond in the seat, and Helga jumps out the window. Of course, Bond survives.

After a fight in a tiny helicopter, Bond discovers that the rockets are coming from beneath a dormant volcano. It has a tarp over it so nobody notices. Bond does what must be done. He gets a racist spray tan and a Japanese wife. Then, he infiltrates the crater with an army of ninjas.

Inside the crater, Bond learns that SPECTRE is in fact the group with the space-aged claw game. They plot to capture another American space probe, disguised as a Russian claw game. Bond stops them in the nick of time, but Blofeld, the leader over at SPECTRE escapes.