Early in the 21st Century, THE TYRELL CORPORATION advanced robot evolution into the NEXUS phase—a being virtually identical to a human—known as a Replicant. The NEXUS 6 Replicants were superior in strength and agility, and at least equal in intelligence, to the genetic engineers who created them. Replicants were used Off-World as slave labor, in the hazardous exploration and colonization of other planets. After a bloody mutiny by a NEXUS 6 combat team in an Off-World colony, Replicants were declared illegal on earth—under penalty of death. Special police squads—BLADE RUNNER UNITS—had orders to shoot to kill, upon detection, any trespassing Replicant. This was not called execution. It was called retirement… 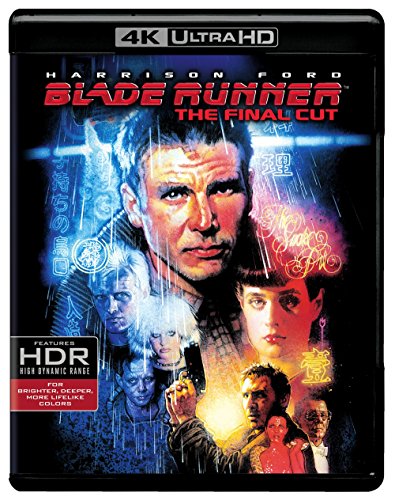 Los Angeles, 2019: Rick Deckard works in the LAPD’s Blade Runner unit. These officers hunt down and terminate replicants, artificially created humans. While Deckard quit the force, his old boss forces him to return after four skin jobs—slang for replicants—hijack a ship back, and return to Earth. Deckard must navigate this dystopian world, where anyone can be your enemy. Along the way, Deckard begins to question what it is to be human. 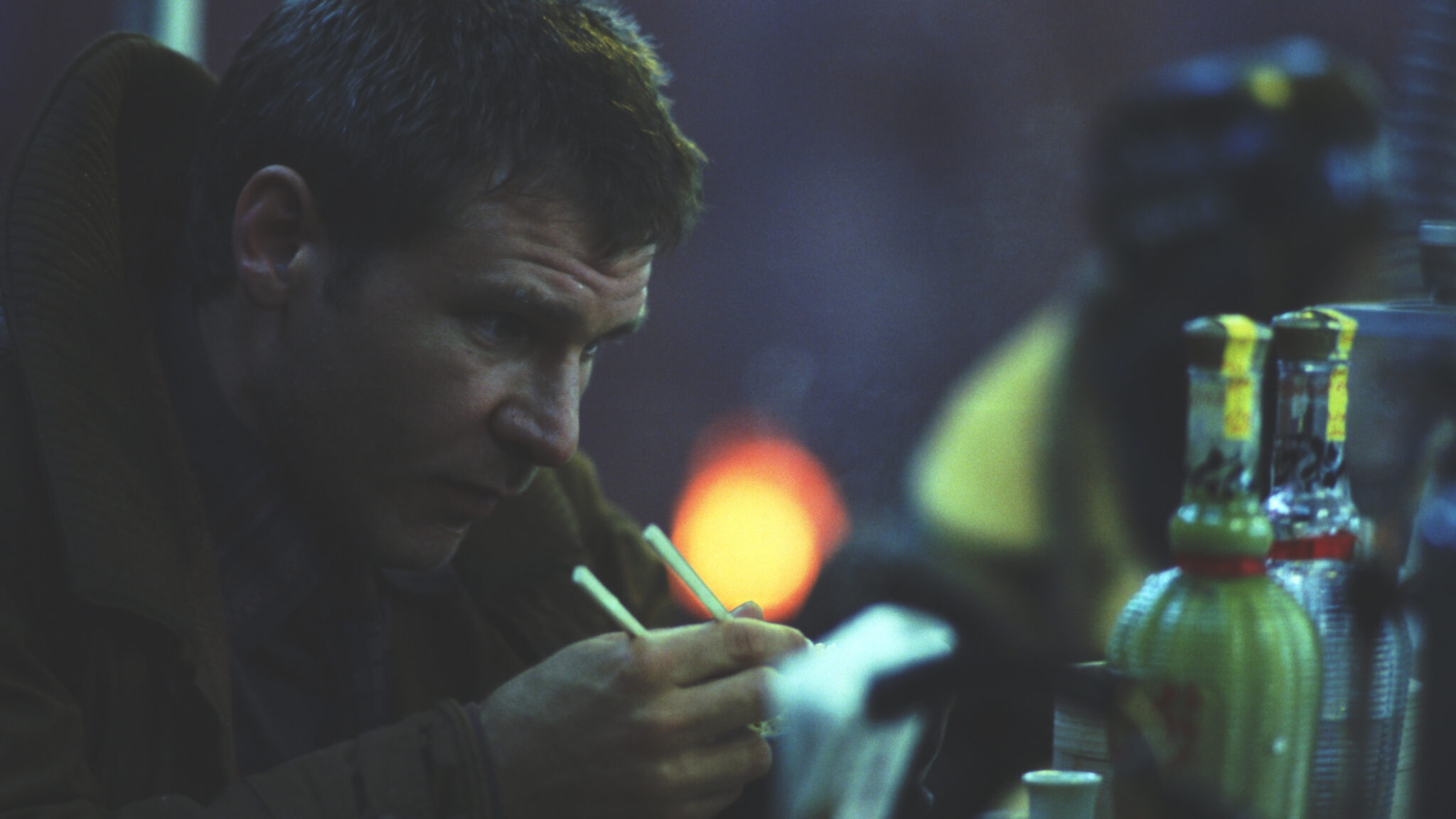 The summary below contains spoilers.
In 1982’s Blade Runner, Rick Deckard is a retired cop in a dystopian Los Angeles in 2019. Deckard’s old boss, Bryant, forces him back into active duty as a blade runner to track down some replicants—skin jobs as he likes to call them—that tried to break into the Tyrell Corporation. Roy Batty, a Nexus-6 model with incredible strength and intelligence, leads them, and he murdered several humans just to get to Earth.

Bryant has another blade runner (and closet origamist) named Gaff fly Deckard to meet Elden Tyrell. He’s the owner of the Tyrell Corporation, creator of replicants, and one hell of a chess player. Allegedly, he has a Nexus-6 model on site for Deckard to interview. First, Tyrell wants Deckard to interview his assistant, Rachael. He wants to see a negative test before he provides Deckard with a positive. Deckard discovers that Rachel is actually a special replicant; unaware that she’s not human. Tyrell implanted false memories from his niece to give Rachel the impression of a childhood.

Commerce, is our goal here at Tyrell. More human than human is our motto. Rachael is an experiment, nothing more. Elden Tyrell

Once Deckard leaves the Tyrell Corporation, he meets one of the skin jobs, a female replicant named Zhora. She’s an exotic dancer at Taffey’s Bar where you can watch her take the pleasure from the serpent that once corrupted man. After her little show, Deckard promptly questions her. She flees, and he takes chase before retiring her with some bullets to the back.

As the local cops clean up this mess, a combat/loader replicant named Leon attacks Deckard for killing Zhora. Leon is too strong, and he easily overpowers Deckard. Just as Leon is about to kill him, Rachael appears out of nowhere, and shoots Leon in the head for a bit of Nexus on Nexus murder.

I MAKE friends. They’re toys. My friends are toys.

Elsewhere, in a forgotten part of town, J.F. Sebastian lives alone in the Bradbury Apartment Arcology which Tyrell gave him. The remaining two replicants, Roy Batty and his pleasure model/girlfriend, Pris, track him down at the run down complex. They need him to help get them a meeting with their creator, Elden Tyrell. Batty bullies J.F. into helping him, and after Tyrell tells him that the replicant’s life spans can not be extended, Roy kills both Tyrell and Sebastian.

Deckard soon tracks the two rogue replicants to Sebastian’s home, and he promptly retires Pris. He then tries to retire Roy, but he is no match against Roy’s intelligence, strength, and agility. Roy hunts Deckard throughout the empty arcology like a wolf on the prowl where they end up at the top of the building.

With the rain pouring down all around them, and a hand full of broken fingers, Deckard tries to jump from one building to the next. Unfortunately, he lands short, and nearly falls to his death. Roy’s there to catch him by the wrist, and he pulls Deckard up to safety. As Roy sets him down, Deckard watches in silence as Roy’s life span expires like tears in the rain.

Deckard returns home to grab Rachel before someone retires her. Even though she’s a known rogue replicant on Earth, Deckard loves her, and can’t kill her. However, he knows there’s no way Bryant will let her live, so he takes her north before he send Gaff to retire her too. The movie ends with the two flying off into an uncertain future.