Paranormal researcher Abby Yates and physicist Erin Gilbert look to prove that ghosts exist in today’s world. When strange apparitions appear in Manhattan, Gilbert and Yates turn to engineer Jillian Holtzmann for help capturing the apparitions. Patty Tolan, a lifelong New Yorker who knows the city inside and out, soon joins the girls, and the new Ghostbuster service is ready for action! With proton packs in hand, the four women prepare a ghoulish battle in the middle of Times Square for the soul of New York City, and sweet, sweet Kevin. 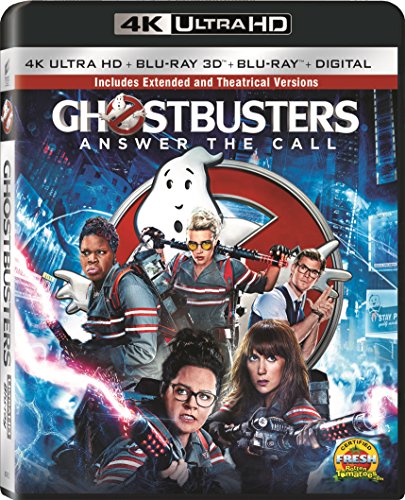 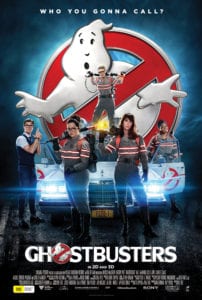 Ghostbusters: Answer the Call, the film that ruined more childhoods than any other film in Hollywood history (until The Last Jedi came along), begins with physicists Abby Yates and Erin Gilbert who have authored a book about the existence of paranormal phenomena, including ghosts.

Abby currently studies paranormal activity at a technical college with her engineer/partner, Jillian Holtzmann. Erin is now a professor at Columbia University, and has distanced herself from the book as she doesn’t want it to affect her attempt to get tenure at Columbia.

Unfortunately for Erin, Abby republishes the book. Frantic to get the book removed, Erin says she will help her and Jillian on a paranormal investigation if Abby agrees to remove it from publication. Abby agrees, and off the team goes. When they spot an actual ghost, it reignites Erin’s interest in the subject. Once footage of the encounter is posted online, it goes viral, and Columbia University fires Erin.

With nothing else to do, Erin goes into the ghost busting business with Abby and Jillian. They set up their office above a Chinese restaurant, and hire a ditzy, but brutally sexy receptionist named Kevin Beckman. They call themselves the Conductors of the Metaphysical Examination.

Elsewhere in town, MTA employee, Patty Tolan, has a paranormal encounter in a subway line. She reaches out to the Conductors of the Metaphysical Examination for help. They head to the tunnel to investigate, and find another ghost, but who’s going to believe four wacky women? On the plus side, the ghost-busting equipment they made seems to be working. Pundits on television have dubbed this group the Ghostbusters which sounds much better.

Patty has lots of street smarts and knowledge about NYC. So the girls hire her to round out the group. Her uncle lets her use his hearse which she blings up as Ecto-1, and the team is all set… and just in time too, because business is about to pick up.

In a dark, dirty part of NYC, lurks the eerie incel, Rowan North. He’s busy summoning ghosts, ghouls, and various demons to bring on the apocalypse using special devices he built. He plants one such device at a live concert, and the Ghostbusters are called in to remove the demon. While they capture it, the crowd just thinks the action is part of the show.

Soon a supernatural debunker comes on the scene in the form of Dr. Martin Heiss. He is a skeptic, of course, who doesn’t believe the women are real. His accusations enrage Erin so much that she releases one of the captured ghosts as proof. Heiss dismissively tosses it out the Chinese restaurant window where it escapes.

Just like in the first film, the Ghostbusters are soon summoned to meet the mayor of NYC. Mayor Bradley, and his secretary Jennifer Lynch, let the Ghostbusters know that the city (and the Department of Homeland Security) are aware of the Big Apple’s ghost problem. Although he can not publicly come out in support of the Ghostbusters, privately, he gives them a heartfelt thumbs up.

The girls figure out Rowan is planting his devices on ley lines; all of which intersect at the beautiful Mercado Hotel in Times Square (book your reservation today…if you dare). The site has a special place in the ghost dimension as a portal to the living world.

To avoid the girls from capturing him, Rowan electrocutes himself. Once fried to a crisp, Jillian deactivates the portal Rowan was creating, but the day is not won yet. Erin discovers a copy of her and Abby’s book in his possessions. From his notes, they realize that killing himself was part of his plan to become a ghost, and command a grand army of the republic to take over the world.

Rowan returns; first possessing Abby, and then the sweet and innocent Kevin. As Kevin, Rowan reopens the portal, and unleashes his ghost army. They quickly overrun the NYC police and DHS, but not the Ghostbusters! The girls fight through them all to reach the portal in the hotel’s basement.

Wackiness ensues when Rowan takes the form of the Ghostbuster’s logo, and grows as large as the Stay Puft Marshmallow Man. The girls use the Ecto-1’s nuclear reactor to close the portal, and return the ghosts to the shit hole they came from.

They succeed, but Rowan manages to grab onto Abby, and take her down with him. Erin jumps in to save her, and she manages to destroy Rowan. The two safely return to the hotel’s basement.

Since publicly, the mayor must still hate the Ghostbusters, his office agrees to secretly fund the girl’s research. The girls look to move into an abandoned firehouse, and NYC lights up all pretty like in Ghostbuster’s colors.

Later, back at the office, as the women work away, Patty listens to some audio tapes. She hears a strange noise, and asks, “What is Zuul?” Who is Zuul indeed? Will we ever get a sequel to find out?

User Rating: Be the first one !
May 10, 2019
4 minutes read
Show More
Back to top button
Close
Close