John Mason returns to the Sally Ann mine to claim his half of its share as Janet Cater also returns to it. Unfortunately, her father lost his half share to Joe Ryan; maybe Ryan wasn’t completely honest in taking that share. However, half isn’t enough for Ryan. He and his gang want all the gold. Now Mason must expose Ryan as an outlaw, and to force him to return his share back to Janet. As the gang kidnaps Mason, a mysterious Phantom shows up to put a wrench in everyone’s plan. 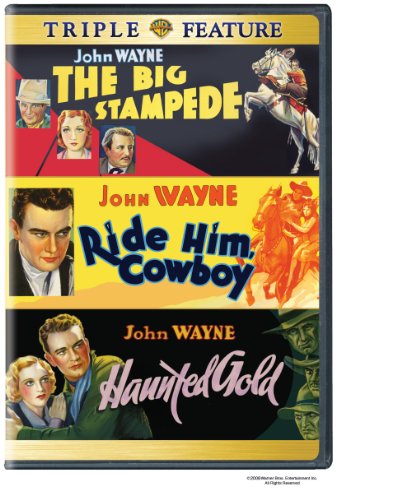 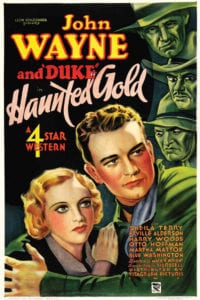 John Mason (John Wayne) receives an unsigned letter requesting his presence to an abandoned mining town. This intrigues Mason as his father left him a half-share to the Sally Ann mine outside of that town.

Once there, Mason learns that the hot daughter of his dad’s former mine partner, Janet Cater, received the same letter. He also learns that sometime in the past, Joe Ryan of the Joe Ryan gang swindled Janet’s dad out of his half of the claim. As for Joe Ryan, well he received a letter too, and he and his boys are in town to earn a little easy money.

A mysterious “Phantom” haunts the town, and it spooks much of Ryan’s gang and Mason’s token slave, Clarence, but Mason and Joe know better. They know there’s gold in that there mine, and the Phantom is just some made up Scooby Doo story to keep everyone away from the treasure.

Mason forms a plan to expose Ryan as a thief in hopes he will sign over his share of the mine to Janet. The plan works, but the Phantom shows up which results in Mason getting all tied up. This allows the Ryan gang to look for the gold.

When all seems lost, enter Duke; Mason’s horse, and the best actor in this whole film. Duke rescues THE Duke, and then rides off to get help at Mason’s ranch.

By this time, Janet and company are prisoners of the Joe Ryan gang; including the Phantom who turns out to be Janet’s long-lost daddy. Mason, Mason’s ranch hands, and Duke stop the gang. Mason gets the money, the girl, and the token slave for a happy ending.