The Terminator begins in the year 2029, a computer called Skynet fights a losing war against the humans who built it. While it nearly wipes out humanity, they manage to take the computer out. However, just before they do, Skynet sends a Terminator back in time to kill Sarah Connor, the future mother of John Connor, the Leader of the human resistance. This Terminator passes as a human, but it’s nearly impossible to kill it. Sent back to 1984, it will not stop until it kills Sarah Connor or she destroys it. Future John Connor manages to send back one soldier to protect her from the killing machine. Now, He must find Sarah before the Terminator does. 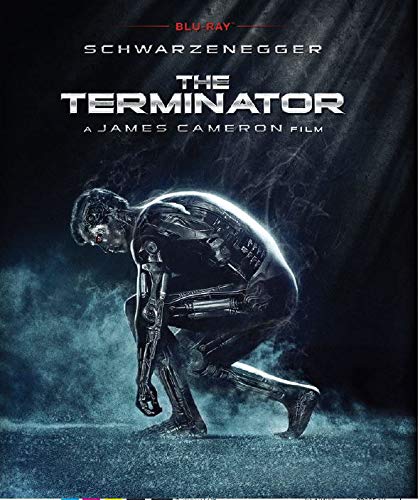 The opening crawl of The Terminator details the ending of a devastating war between humans and machines in the distant year of 2029. Humans have won a decisive victory against Skynet, the program that controls the killing machines. In a last desperate act, Skynet sends one lone machine soldier back in time with a quest to win back the future. In response, the human forces also send one soldier back to protect their victory.

The film then switches to Los Angeles in 1984. We first see the Terminator, a human cyborg assassin played to perfection by Arnold Schwarzenegger, appear naked at Griffith Park. The Terminator quickly kills some local punks for their clothes and begins his quest for someone by the name of Sarah Connor.

At the same time in downtown Los Angeles, the human soldier, Kyle Reese (Michael Biehn), also appears naked in an alley. After taking some clothes from a homeless bum and evading the local police, Reese also begins his search for the aforementioned Sarah Connor.

We then get some back story on Sarah Connor (Linda Hamilton), a sweet, single girl who works as a waitress and is looking for love in the mid-80’s. Sarah learns on the news that someone is killing people named Sarah Connor in Los Angeles. She becomes fearful for her own life and ducks into a techno-club to call police.

The police tell her to stay put until they get there. While she waits for law enforcement, the Terminator approaches her. Reese’s arrival keeps him from killing Sarah. Reese and Sarah lead the Terminator on a chase through the streets of Los Angeles.

Along the way, Reese informs Sarah that the Terminator is trying to kill her because she is the mother to John Connor, Sarah’s unborn child and the future leader of the human resistance who overthrows the machines.

Ultimately, the Los Angeles Police Department apprehends Reese and Sarah. The Terminator escapes after suffering damage in a car crash. Sarah is concerned that Reese is insane but becomes convinced of the veracity of his statements when the Terminator shows up at the police station and wipes out the cops.

Reese and Sarah escape the police station together and go into hiding. While in hiding, the couple build some homemade pipe bombs and Reese confesses his love for Sarah. His emotions move Sarah, and the runaway couple consummate their love in a little afternoon delight.

Shortly thereafter, the Terminator kills Sarah’s mother and impersonates her on the phone when Sarah calls her mom to tell her that she is alright. After the conversation, the cyborg shows up at the couple’s motel with his motorcycle and multiple firearms. A barking dog alerts the heroic couple to the Terminator’s presence because dogs hate Terminators. Once again, Sarah and Reese lead the Terminator in a car chase.

During the chase, gunfire wounds Reese as he throws pipe bombs at the Terminator. This knocks him off his motorcycle. He then takes control of a tanker truck, and tries to run down the couple. Reese slides a pipe bomb onto the tank portion of the tanker truck and blows up the truck in a massive explosion.

The Terminator is back

Reese dies from it, and some shrapnel catches Sarah’s leg. The Terminator survives, although missing its lower torso. The killer cyborg proceeds to crawl after Sarah while she slowly crawls away herself. She lures the Terminator into a hydraulic press and terminates the Terminator by crushing it.

The film ends with a pregnant Sarah traveling though Mexico, recording audio messages to her unborn son John. A local boy at a gas station takes her picture and warns her that a storm is coming. Sadly, Sarah tells the boy she knows and drives off in the direction of the storm.