In 1969’s True Grit, after the murder of her father, a teen-aged tomboy looks to avenge her father’s death. She recruits an old marshal named Rooster Cogburn for his grit and reputation.  Soon, a Texas Ranger named La Boeuf joins the two as he’s looking for the same man in another murder in Texas. Their journey takes them from Fort Smith, Arkansas, deep into the Indian Territory to find their man. 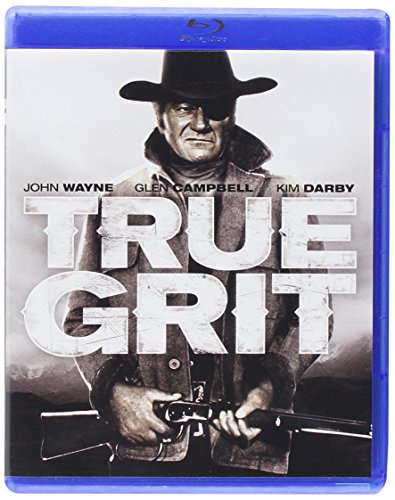 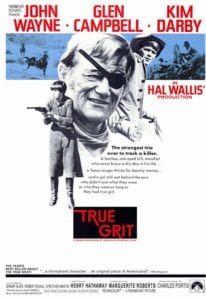 In True Grit, Mattie Ross (Kim Darby) is an amazing young woman. When one of his employees, Tom Chaney, kills her father in cold blood, she bravely marches into town to claim his body and belongings.

Mattie expresses her grief by going after the low life that killed her Father. She hires Rooster Cogburn (John Wayne) a Marshall with “true grit” to help her find Chaney and the gang he is associating with. Chaney is bunking with Ned Pepper (Robert Duval)and his hoodlums. A Texan named La Beouf (Glen Campell) soon joins them as he too is the nefarious Chaney.

The hunt is on

The three personalities clash but they actually make a great team. They catch up with the outlaws where Mattie is able to look Tom Chaney in the eye. She manages to wound him before Ned Pepper grabs her. Ned orders Rooster and La Beouf to retreat. Mattie is alone with Chaney, but La Beouf comes in for the save . Meanwhile, Rooster takes out three of Ned’s goons and wounds Ned. La Beouf then shoots Ned before he can kill Rooster.

Unfortunately, Chaney escapes and hits La Beouf over the head with a big rock. Mattie shoots him again and falls into a pit of snakes. Chaney finally meets his end when Rooster takes him out once and for all. Rooster does not find it easy to rescue Mattie from the snake pit. When a rattler bites her, Rooster finds himself unable to get her out. In rides La Beouf in the last heroic act of his life as he uses a horse and a rope to get Mattie and Rooster out of the pit before dying.

Mattie survives and returns to her ranch to heal. Rooster visits her and Mattie shows him her family cemetery and invites Rooster to make his final resting place as a symbol of the bond they have formed. Rooster laughs and rides off calling, “Come and see a fat old man sometime!”