‘Up In Smoke’ 30-Second Summary

The film that began the film careers of the infamous Cheech and Chong. Pedro De Pacas and Anthony “Man” Stoner are two potheads who meet up by chance on a highway in California. They go looking for some marijuana and accidentally end up being deported to Mexico. To get back, they inadvertently agree to drive a van made entirely with marijuana from Tijuana to Los Angeles. Now, they are being followed by police officers while trying to make it to a battle of the bands where they believe they can secure their futures. 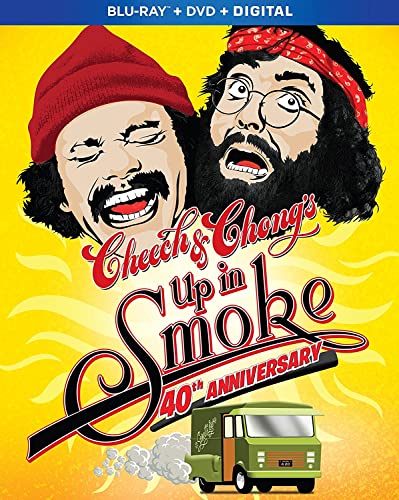 Up in Smoke [Blu-ray]